Why INVEST in North Cyprus?

– Growing economy – North Cyprus is a small place, but with a fast growing economy providing a wide range of investment opportunities

– Guaranteed rental income- over 60.000 young people from more than 100 countries study at its international universities, making education the leading sector of its economy

– 10 years income tax free for investments in the Tourism sector

– Increasing  Tourism, partly due to the increase in 5 star hotels and casinos and extension of the national airport,Ercan

– Political security. There is a strong willingness on both sides of the island for a reunification, which will boost property prices in North Cyprus and will open many business opportunities

Do you remember your first foreign holiday; how the warm air hit you when you stepped through the door of the plane, the sunlight pouring through the window first thing in the morning, sea water as warm and gentle as a bath and the smell of barbecued lamb and herbs for dinner? Well that’s North Cyprus, the Mediterranean as it used to be.

It’s no wonder that increasing numbers of Europeans and Scandinavians are choosing to buy property in this lovely and historic place. Britons in particular feel at home in North Cyprus, where they drive on the left hand side of the road, Sterling is accepted everywhere and most people speak English.

Life in North Cyprus is easy, but when it comes to moving abroad, or buying a holiday home, price remains a major consideration – and on this North Cyprus is a clear winner.

The northern half of Cyprus boasts some of the best beaches, the most spectacular scenery and unspoiled landscapes on the island and yet property here remains under priced because of years of political uncertainty.

For the past 40 years Cyprus has been divided into two ethnic regions, the Greek-Cypriot Republic in the south and the Turkish-Cypriot north.

Unrecognized by the international community and with limited transport links and some trade embargoes, the North has remained something of a Sleeping Beauty.

This has created an artificially-low property market. For example, a one-bedroom studio flat in a managed development costs just £40,000,  a newly-built two to three-bedroom apartment overlooking the sea, usually with a communal pool, can be bought for less than £70,000, while it is perfectly possible to find a three-bedroom villa with garden and pool for just under £125,000.

Even big luxury builds with all the extras tend to be about half the price of similar villas in the south and way below similar properties in France, Spain or Portugal.

But now prices are edging upwards as observers mark new political developments which seem likely to bring North Cyprus into the European fold.

Leaders of the two sides have entered into a fresh round of talks aimed at settling their 40-year-old division. Hopes are high that a UN-backed deal will create a new bi-zonal Federation of Cyprus, formed by two equal states of Greek Cypriots and Turkish Cypriots. This would mean North Cyprus joining South Cyprus as a fully-recognised member of the EU.

In 2004 a similar proposal known as the Annan Plan sparked the first North Cyprus property boom. Unfortunately, reunification was ultimately rejected by the Greek Cypriot side, but those who bought property in the north at that time have seen the value of their investment more than double.

This year both sides have signed a joint agreement BEFORE sitting down to detailed talks, so the prospects for a settlement are much stronger. Local estate agents and constructors are already seeing signs of a new boom, with sales up by 25% this year and increased interest from Russia, Scandinavia and the UK.

So there has never been a better time to invest in North Cyprus. 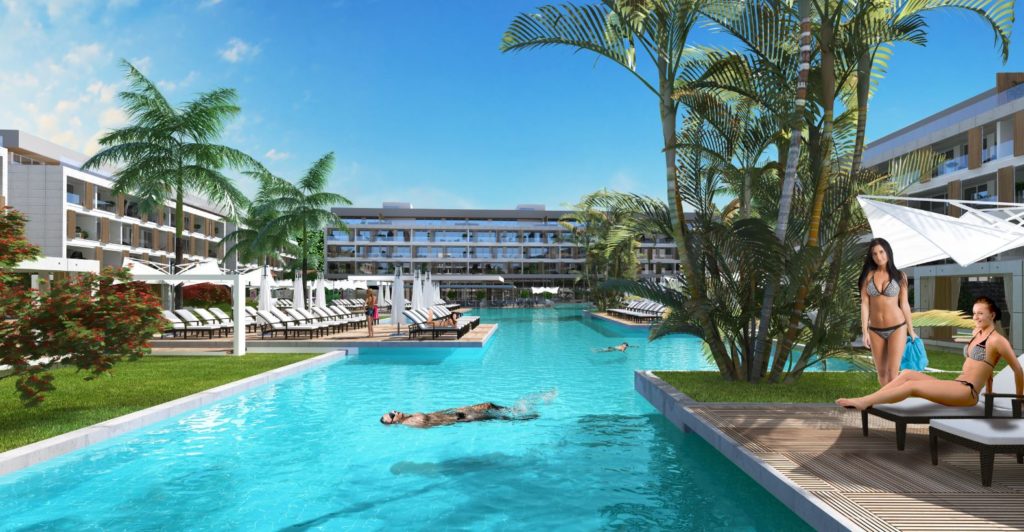 Stunning 5 star apartments just 5 minutes walk to the beach. Ready for handover in 3 months and with a 3 year payment plan available.

The deal offers the following benefits to all buyers 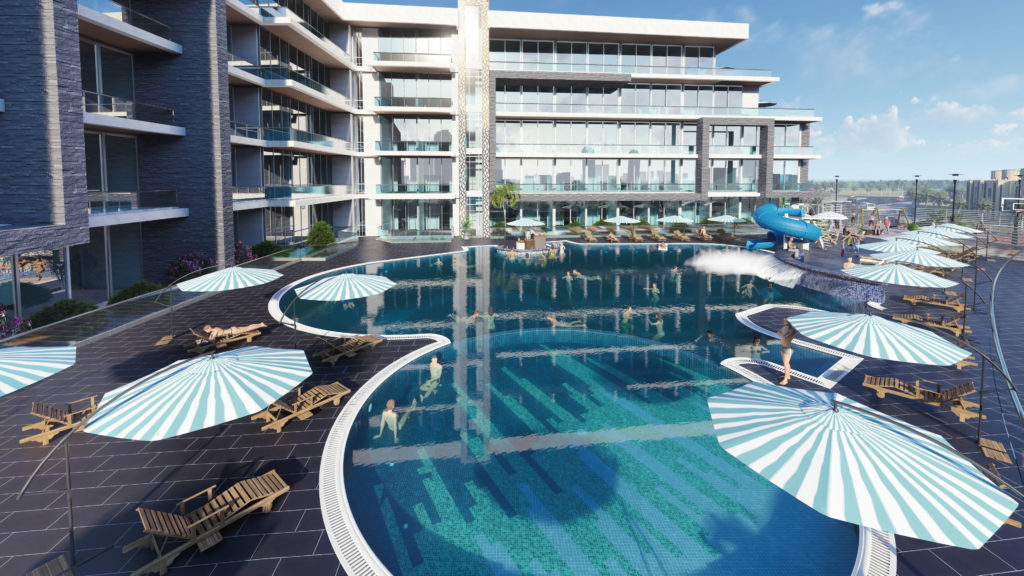 By Web Designer | Buy To Let, Emerging Markets, Off Plan, Property in Dubai

5 Star luxury apartments in the heart of Dubai with one of the best finance and rental packages available anywhere in the Country.

Our first development with these award winning developers was constructed in record time now the finishing touches are being made, this beautiful development in the heart of Dubailand, one of the most up and coming areas of Dubai, is packaged to make it the most affordable way of owning property in this booming metropolis.

The facilities on site include

We also have a 85%, interest free developer payment plan, spread up to 7 years

Prices start from just £86,000 with just 15% needed to secure your unit, but they are selling fast. 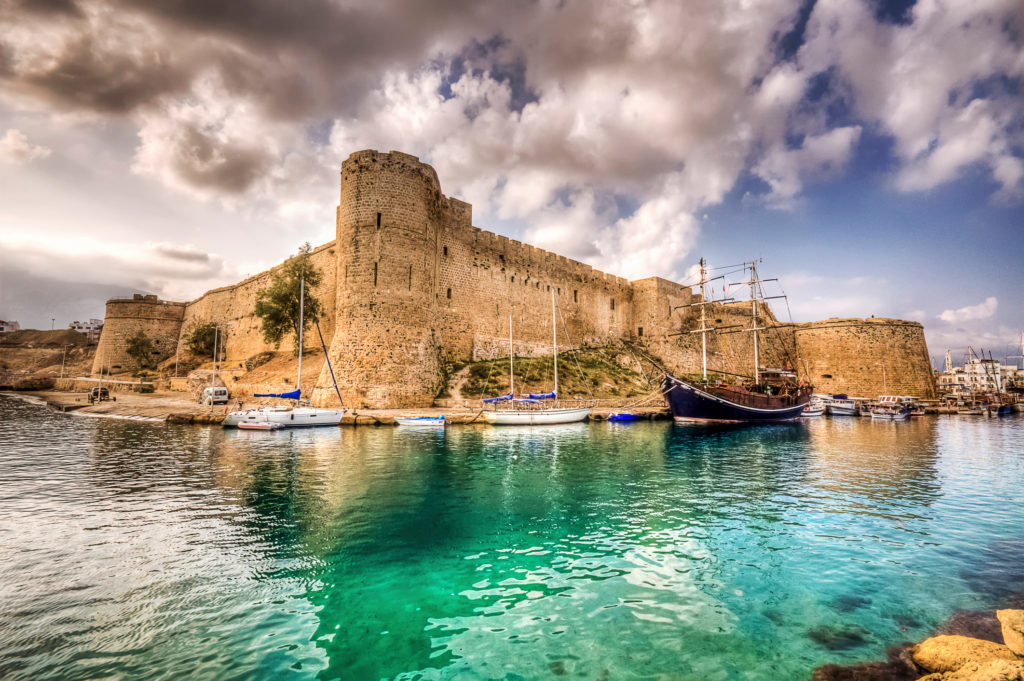 Turkish Republic of Northern Cyprus law states that residence permits can be applied for once you have bought your North Cyprus Home. The British Residence Society can provide you with all relevant information. When you arrive in North Cyprus, you are issued with a 1 month tourist visa. After that you must apply for a residence permit. The procedure is fairly straight forward but does require medical checks for HIV, Typhus etc at the hospital in Lefkosa. The current cost is approximately £150 for your first application and then a small renewal fee in subsequent years.

The standard procedure for applying for a permit is as follows:

Permits are issued by the Department of Immigration in Lefkosa, The office can be found in a building at the back of the bus station on the 3rd floor.

For a Temporary Permit you will need:

A written application with legal documents showing your identity – photocopies of your passport are acceptable. A letter from your local Muhtar, quoting your passport number. The Koçan (deeds) and number of your residence or equivalent confirming your place of residence. If your deeds have not been issued then a photocopy of your contract will suffice. Proof of sufficient funds to maintain yourselves and any dependants, i.e. photocopies of bank statements, pension slips etc. In addition, six passport size photographs are required.

A preliminary investigation by the Immigration Police is requested.

You are then referred to a doctor for a medical report. A blood test and X-Ray are included in these tests. Results usually take about three weeks.

The applicant may be issued a permit upon applying in person at the Immigration Department if all requirements are met and passport, revenue stamp (approximate value 1YTL) and relevant fee are submitted.

For a Permanent Residence Permit the requirements are as follows:

By law the foreign resident has to obtain and completed a minimum of three consecutive temporary residence permits before submitting an application, which may then take a further two years before being granted. 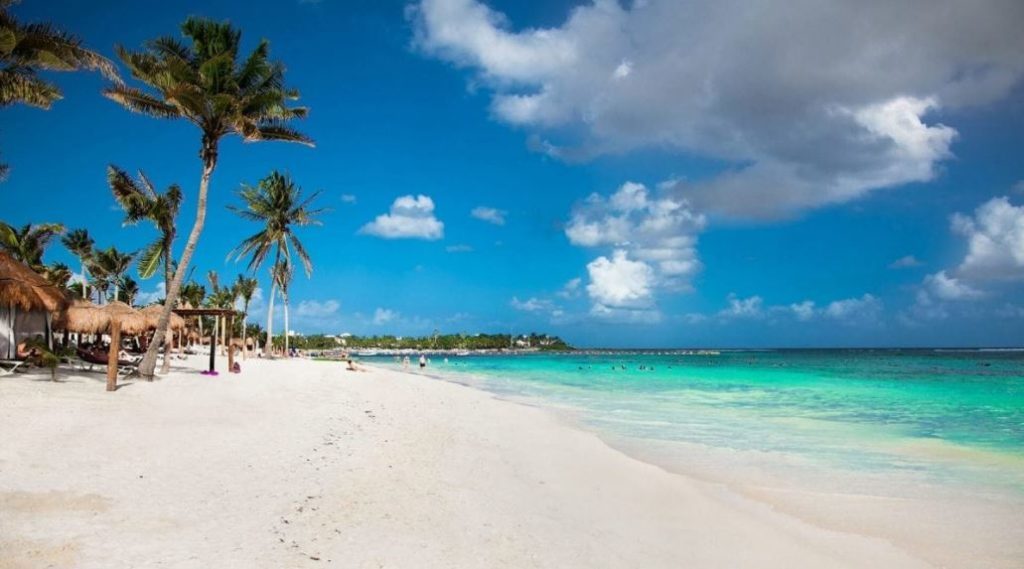 ENDLESS ADVENTURE
Experience relaxation, luxury and joy with our unique and innovative nautical architecture in a privileged location, the heart of the Riviera Maya. Welcome aboard!

As a TAO NAUTICO owner, you will have access to all the amenities of the TAO Wellness Center (something which your renters will appreciate), and discounts in our beach club, Jungle Fish, located in Akumal.

Spread the joy with others and feel the nautical experience while you are here. We can advice you on the best property managers that will help you to rent your loft or condo and get great rental yields.

This resort is one of Jomtien’s most successful resort developments ideally positioned in Central Jomtien just minutes from the beach and Jomtien’s famous restaurants and markets. The project features 4 buildings and 1100 apartments with a vast erray of recreational, health and commercial amenities.

A key factor positioning this luxurious resort development ahead of the competition is the fact that the four buildings are all strategically positioned at the outside of the plot, allowing for an open area of over 5,000 sqm inside the development. With distances of up to 75m between buildings, the unobstructed views from the interior units of the lush landscaping, lagoon canals, Olympic-sized swimming pool & white sand beach are nothing short of spectacular.

It is a 4-building resort condominium, with a total land size of 13,000 sqm and various pool areas comprising over 2,500 sqm.

We are very happy to announce that we have now teamed up with one of the leading hotel operators in Orlando, Florida, to offer our clients a tremendous hands off investment opportunity in one of the best buy to let markets on earth, 10 minutes from Disneyland.

Investors earn 8% Guaranteed NET Rental yields per annum. Buyers can also take advantage of 4 weeks personal usage per year, or rent it privately to boost their yield even higher. 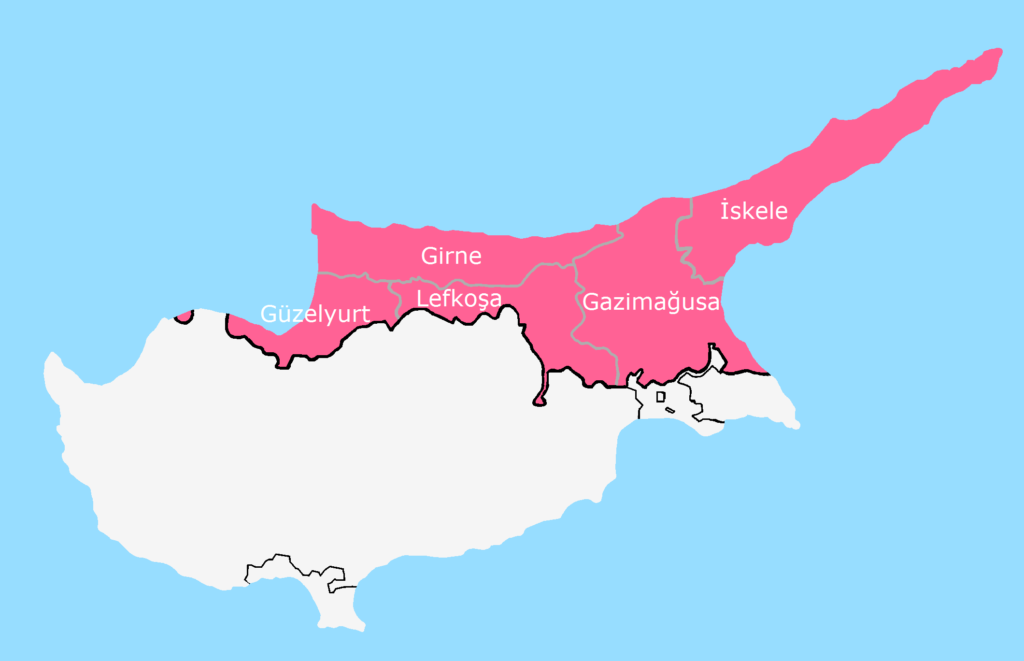 The only title you will need

The only North Cyprus property title that you should consider, and indeed the only property title you should be offered, is a Turkish Republic of Northern Cyprus (TRNC) freehold. This title comes in four formats.

This is the title for land or property owned by a Turkish Cypriot before 1974.

This is the title for land or property owned by a foreign national (i.e. non Turkish Cypriot) before 1974. These titles are recognised internationally.

Which Turkish Republic of Northern Cyprus Title Deed to consider

It is considered safe to purchase any North Cyprus property or land, which has any of the above title deeds. However, as with all Northern Cyprus property purchases, whether for enjoyment or investment, you should always employ an independent solicitor to check that the deeds are indeed legal and above board.

Most North Cyprus estate agents will only deal in properties that carry one of the four types of deed. 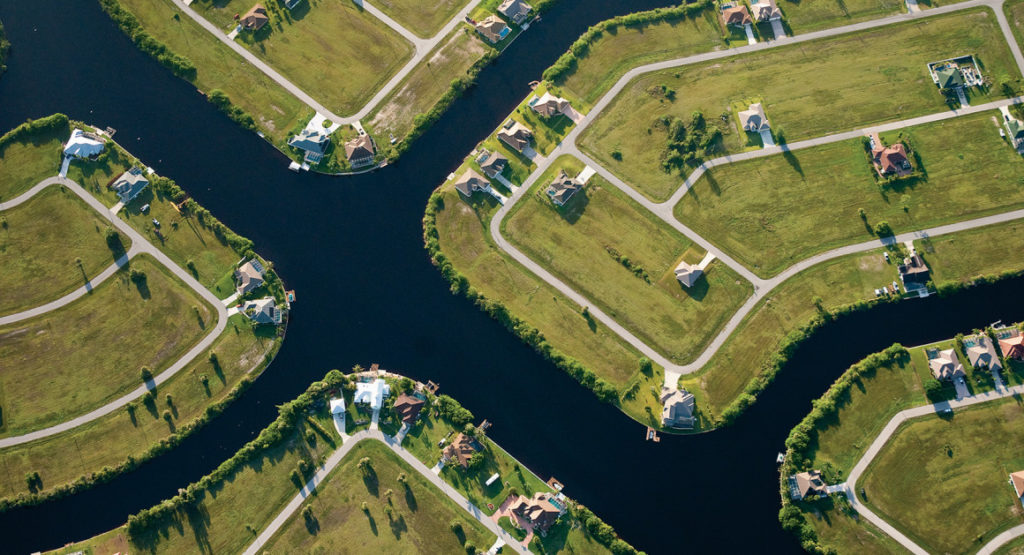 The plots are situated in the Heart of South West Florida, one of the fastest growing areas in the whole of the USA. With direct access to local schools and amenities, the plots are ready to be built on and has all services available, ie. Water, electricity, water and sewage. The area also has phone lines and internet connections available.

All of our plots come with full residential planning permission for single family properties, however, there are no time frames on when or if to build on the lots.

All lots come with full title insurance and all funds are sent directly to the US title companies Escrow account (copies of their license available on request) who have worked under government license for over 28 years.

There are no restrictions on foreign ownership and discounts can be discussed on multiple purchases. You can also buy from the comfort of your own home, so no need to travel.

If you are looking for your own little piece of Florida, for either your dream home abroad or want to ability to double your money in the coming years, with extremely limited risk, then this is the deal for you.

The Redland Property Group have exclusive contracts with some of Florida’s largest private land owners, until recently we simply supplied the local agents and developers, however, as we continue to grow, we are now in a position to offer the same deals and prices to private investors here in Europe and beyond.

There are no hidden fees, the price you see is the price you pay, there is a $800 closing fee which includes full freehold title insurance.